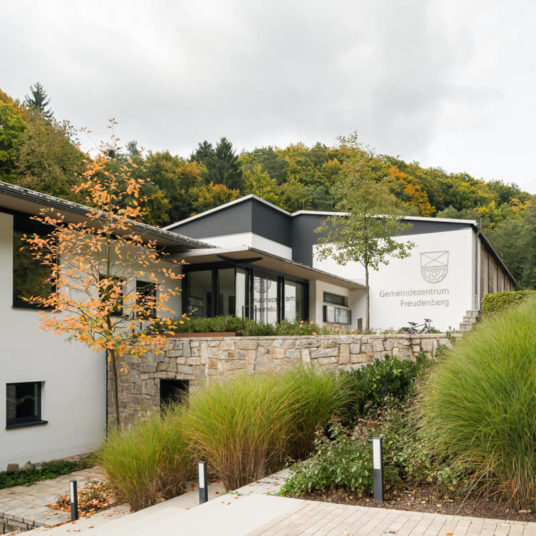 The Hammermühle, a former hotel and excursion restaurant in Freudenberg, was to be converted into a community center.

After a careful inventory, a renovation concept was developed that provided for partial demolition, gutting and a new construction on the intact existing construction elements. A project that was realized sustainably and very economically, because a lot of gray energy was in the existing, reused building fabric.

The result is a local community center as the seat for the local administration with a large meeting room and an attached crèche with a play garden. The former swimming pool was covered and is now used as an extinguishing water tank. In addition, this water supply can be used to operate the cooling in summer in connection with the ventilation system with free energy, so to speak. The former ward block was shortened by one storey and is currently available to the building yard as a warehouse. Renewable energies in the form of wood pellets are used for heating. The entire interior design was also worked on, with a variable meeting table in particular developed, which can be modified for the three different purposes of meeting, conference and wedding ceremony. 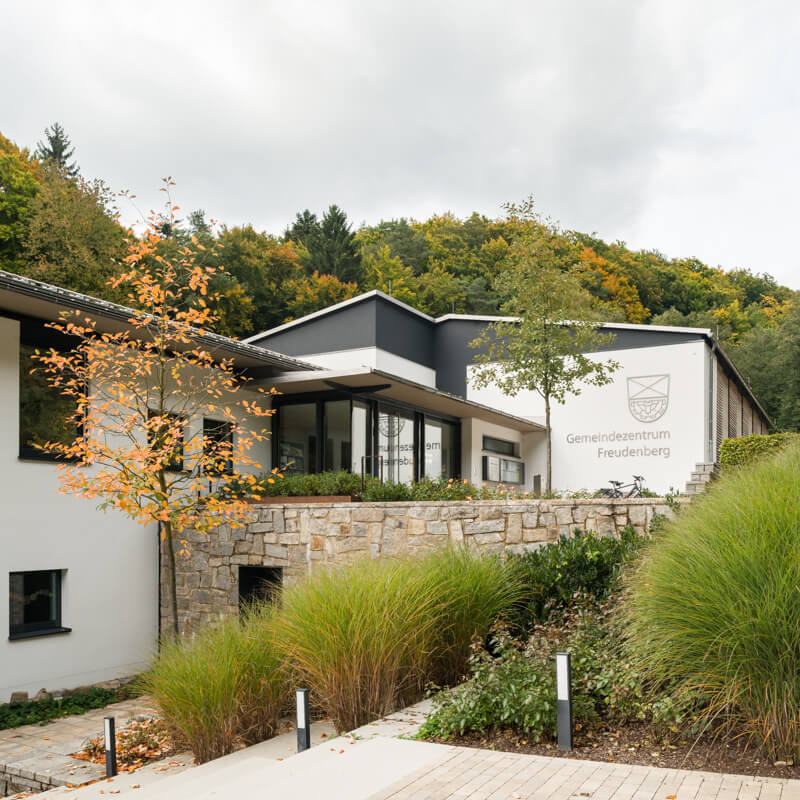