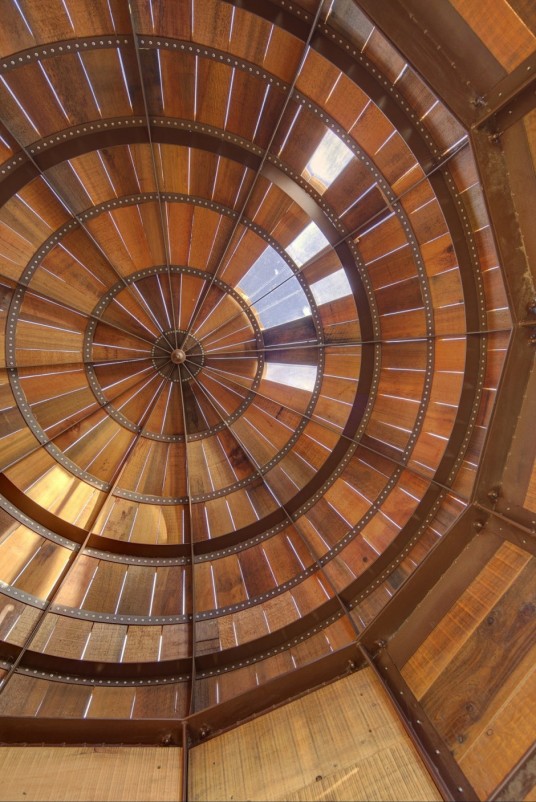 The National Arboretum Playground difficulties the conventional idea of enjoy environments, featuring huge acorn cubby houses floating above, and enormous Banksia cones nestled about the forest floor. Motivated by the Arboretum’s 100 jungles of rare and also endangered trees from around the globe (designed by TCL with Tonkin Zulaikha Greer Designers), the playground may be designed to creatively interact children with the beauty of timber and foster life-long cable connections to the remarkable encircling environment.

“Using the idea of seed as the beginning lifestyle amongst the forest, youngsters and their families can easily enter a fantasy arena of exaggerated scales,” claims Simone Bliss, Senior Landscaping Architect, TCL.

“The Arboretum Playground Design understands that play is an important social development and academic tool for children spanning various ages, and is particularly important in building relationships with the landscaping, climate and encircling context. The world between the giant seeds aspires to stimulate improvisation and creativity, to be able to foster the creativeness and to challenge self-assurance with growth.”

Australia’s unusual and wonderful native flowers is captured simply by glass reinforced tangible Banksia seed pods which can be situated within a mud pit where preschoolers are invited to be able to dig, bury to make noise with bamboo sheets chimes, bongo drums plus a thongophone, whilst being protected by melaleuca shade constructions.

A large custom designed sportfishing net and a bird’s nesting swingset provide elevated opinions to the broader Arboretum, smartly placed adjacent to the particular Central Valley, going through the Arboretum’s large figurine entitled, ‘Wide Brown Land’ in which children can feel they may be at the highest reason for the Arboretum.Arboretum Playground Design by Taylor Cullity Lethlean. 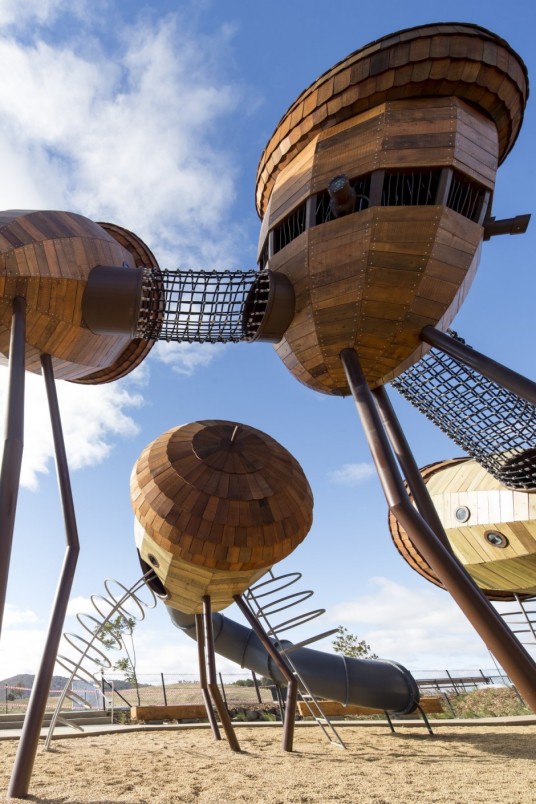 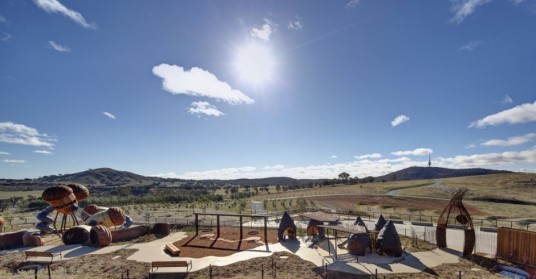